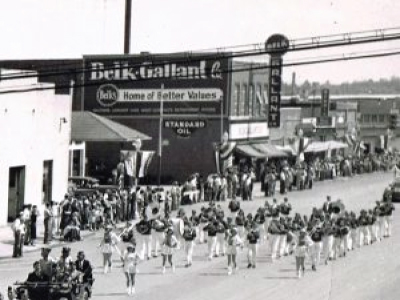 Look for us in Fall 2019
The Belk-Gallant building is located at 307 S. Hamilton Street in the heart of Historic Downtown Dalton. Within walking distance of the Belk-Gallant property, there exists a myriad of retail, dining, and entertainment options, such as Crescent City Tavern, Oakwood Cafe, Cherokee Brewing and Pizza, and Dalton Brewing. This is but a few of the quality locations within the Downtown Dalton area alone.

A Piece of History:
The 20,000-square-foot building has been a long-time staple of the Downtown Dalton area, dating back to its grand opening in 1941. The building, which is on the National Register of Historic Places, was considered one of the largest Belk stores in the state of Georgia when it first opened. The residents of Dalton soon found its newfound store to be quite the attraction within the local area, and it quickly became ingrained into the Downtown Dalton lifestyle.